30th December 2012 - lazying at home in the evening, watching TV and chatting up with Chetan and Mohit on BBM - we suddenly felt an urge to go to Ahmedabad to see the Uttarayan celebrations. This is supposedly a very big festival in the whole of Gujarat. Within a couple of hours, Chetan and me had our travel and stay booked - so as to confirm the trip.

On 12th January, both of us landed up in Ahmedabad at around 09.30 AM, checked into our hotel within an hour and went out to the Lal Darwaja before lunch.Ahmedabad is distinctly divided into two parts by the Sabarmati river. One side is old Ahmedabad with many heritage structures, old markets and Pols. The other side of Ahmedabad is fairly urbanised - business centers, hotels, offices etc.

We had discussed this trip with a few friends from MWS during a shoot at Mandwa. Since it was almost a last minute plan, most couldn't make it. However, Maulik was in Ahmedabad on the same weekend. We caught up with him at the IIMA campus after a lovely lunch at Agashiye (this one is a must visit for a meal during your trip to Ahmedabad), and proceeded to Thol. Thol is a bird sanctuary that is reachable in around 30-45 minutes from Ahmedabad. It is a paradise for bird watchers and bird photographers. We stopped several times on the way to see birds perched on wires. 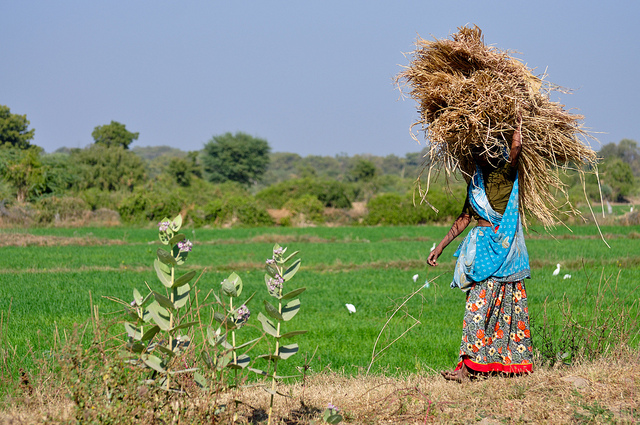 Maulik could identify almost all the birds that we spotted that afternoon. 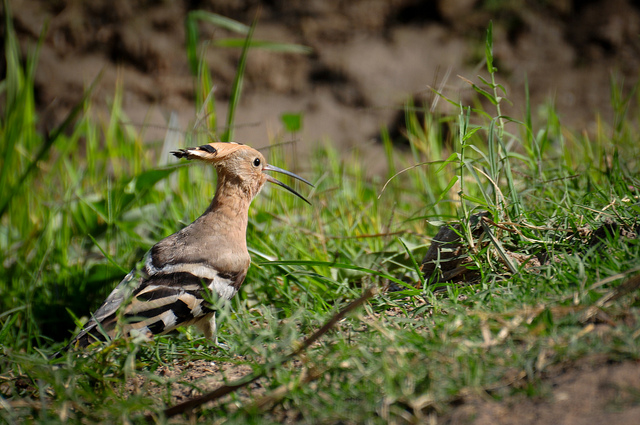 It was a fairly long walk within Thol - we left as soon as the sun set. Had kadak masala chai at a road-side stall, chatting over birds, photography, life and passions. We also met Maulik's friends who were very passionate about wild-life &amp; travel. 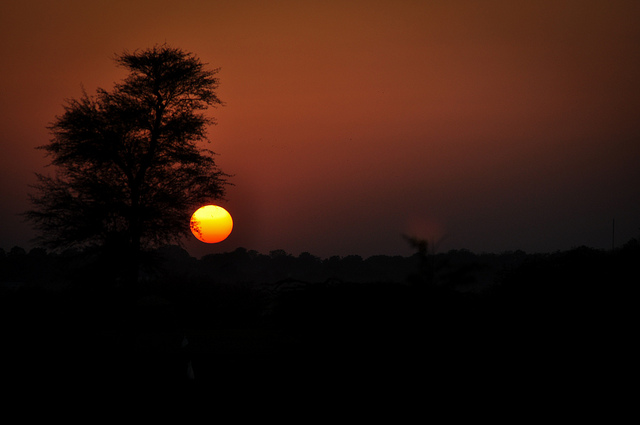 On day 2, we went to the Sabarmati Riverfront to check out the International Kite Festival. The preparations were still in progress and we saw no point in hanging around, so we proceeded to the Gandhi Ashram at Sabarmati. This is a very serene and peaceful place for some introspection. we walked through the ashram and saw several squirrels and birds chirping away merrily.


After spending some time there, we went to the Akshardham Temple - this one place is magnificient. It is a beautiful piece of architecture, very well mantained. It was in international attention when two heavily armed terrorists attacked it in September 2002. After this incident, the temple is very heavily guarded and visitors are required to deposit their mobiles and cameras at the entrance. Videography or photograpy is strictly prohibited inside the premises. The place has very decent amenities and is a good place to spend a day with the family. There is an exhibition throughout the day and a water-show in the evening.

We then went to the Vibrant Gujarat celebrations in Gandhinagar, but it was too crowded and we were fairly disappointed. Caught up with Sneha Trivedi (MWS friend who is studying photography at the National Institute of Design, &amp; her friends and left for Ahmedabad. Sneha took us to Adaalaj ni Vav (stepwell) which is an amazing piece of architecture with fine carvings. It was built in 1499 A.D.

It was around 14.30 by that time and we were very hungry. Sneha suggested a Kathiawadi Dhaba for lunch and we had some amazing food out there. We went to the Raipur Kite Market near Raipur Darwaja after lunch. This market was buzzing with activity on the eve of Makar Sankranti. People were very enthusiastic about purchasing dozens of kites, dori, pipudis and cheap goggles for the next day. Some locals told us that the kite market is even more active in the night and people are out shopping for these items till late night. We went back to the Sabarmati River front again in the evening to check out the International Kite Festival, but weren't very impressed, so called it off from there. Sneha had to return back to Gandhinagar before it was too dark, so she departed. Chetan and me went back to the hotel for a quick shower and some rest after a hectic day out. We went to the Delhi Darwaja kite market at around 21.30 and it was buzzing with activity too. However, we were already in love with the Raipur Darwaja market, so went back to the same place in an hour.

We had skipped dinner due to the heavy Kathiawadi lunch late afternoon. There is a famous Bhajiawala at Raipur Darwaja and we couldn't resist feasting on some sinful fried bhajias, bateka vada, methi na gota and pyaaz ki kachori. The scene in the Raipur kite market was nothing less than a riot. People were buying kites and accessories in dozens and it was difficult to even move through the street. It took us over an hour to walk through a stretch of 1/2 a kilometer. We did not want to miss main kite festival action on the 14th of January, to decided to return back to the hotel after mid-night to catchup with some much needed sleep. Sneha was to join us for the shoot at Lal Darwaja next morning. However, she dropped out due to some sudden assignment that came up that day. Chetan and me decided to go back to the Raipur Darwaja since it was a known place after 2 visits on the previous day. The street wasn't as busy as the previous day, though it was still buzzing with activity. Movement was easy. A few steps into the street and we were tapped on shoulders by a gentleman. He said the he had seen us clicking photographs the previous day. We told him that we were amateur hobbyists who were traveling to see the vibrant kite festival in Ahmedabad. He was very enthusiastic and invited us to see the action on the roof-tops from his terrace. We were on the tinned roof in a few minutes and saw a skyline full of colourful kites everywhere. we were soon introduced to the whole family of Mr. Nainesh Pandya who was a Chartered Accountant by profession. I have never seen strangers on the street being greeted and welcomed so warmly before. We were treated to a whole bunch of home made delicacies - Khichda, Sweets, Ladoos etc. We actually had to skip our lunch after this hogging session. Mr. Pandya also took us around to a couple of more relatives who were enjoying every bit of the festival on their terraces. We were over-whelmed by the hospitality shown by the families in the pol. Around noon, we decided to continue shooting the streets, went to Kankaria (which was closed since it was a Monday). We went out to the Riverfront again to see if there was some action in there. To my view, the government celebrations of the festivals were no-where near to the traditional celebrations in the pols of Ahmedabad. Vibrant Gujarat - yes, but festivals are best celebrated in the traditional manner. We headed back to the hotel and left Ahmedabad with some amazing memories - good food, fantastically hospitable people who treat strangers with so much respect and a few good moments captured in our cameras.

Overall, it was a weekend very well spent - gave us an insight into the colourful celebrations of Uttarayan / Makar Sankranti in Ahmedabad.
Posted by Shishir Dhulla at 6:30 AM